How to Take a Sahara Desert Tour in Morocco

The Sahara Desert blankets more than 9 million square kilometers, which means it is almost the same size as China. The countries it covers are Algeria, Tunisia, Morocco, Mauritania, Mali, Niger, Libya, Chad, Egypt, and Sudan.

Because of its great attraction to tourists and its millions of visitors annually, Marrakech is Morocco’s main point of entry into to the Sahara Desert.

The two most important desert areas of the Moroccan Sahara are Zagora and Merzouga.

The desert of Zagora is more arid and has fewer dunes than the Merzouga. The primary advantage of Zagora desert is that it is closer to Marrakech, and is the most appropriate place for short two day and one night excursions.

Marrakesh and Zagora are about 360 kilometers apart, and it takes about 7 hours to make the trip. Because multiple stops are made, the route remains interesting, and isn't as burdensome as you would think.

The desert of Merzouga is the most impressive part of the Moroccan desert, and is what one imagines when thinking of a desert. While the dunes of other countries, such as Algeria or Libya, are better known, the Erg Chebbi dunes in the southern Merzouga reach 150 meters in height, and are second to none. There about 550 kilometers between Marrakech and Merzouga, a trip of more than 10 hours, As a result, an overnight stop halfway is normal, on both the outbound and return legs of the trip.

Go to top of page 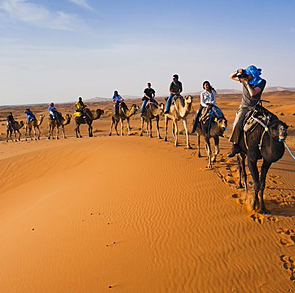 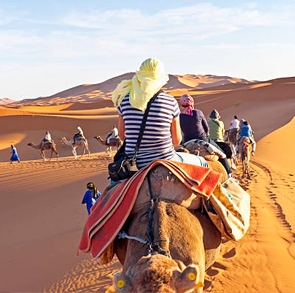 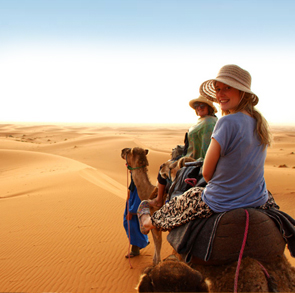 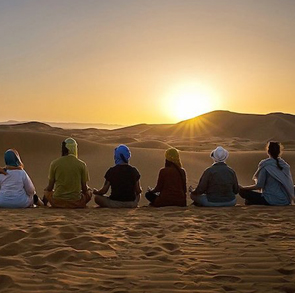 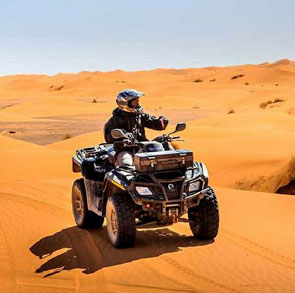 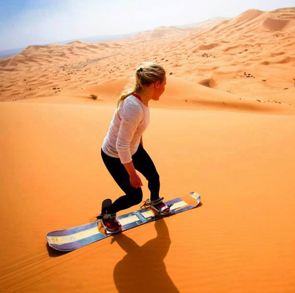 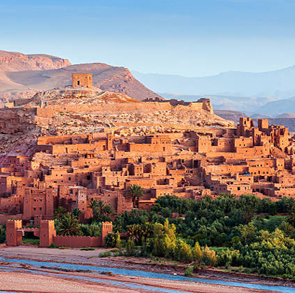 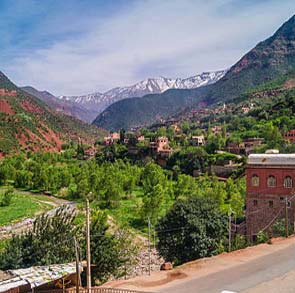 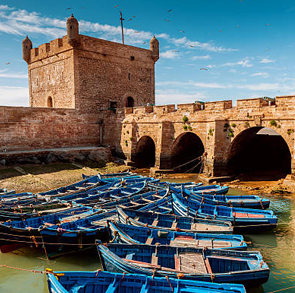 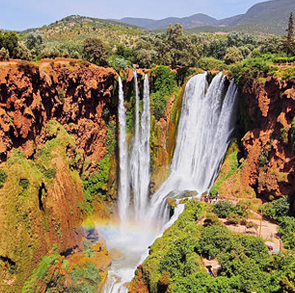 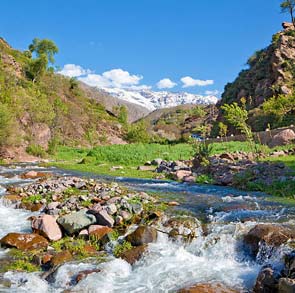 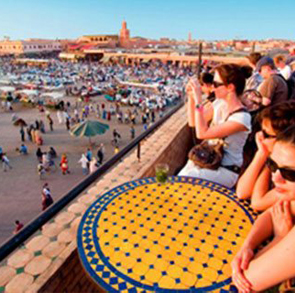